Since I arrived in Bordeaux a few years ago, I was always in the search of great places where to eat delicious crêpes. Luckily, today I came across ‘La Crêpe d’Angèle‘.

From the outside, this small creperie in the center of Bordeaux looks very welcoming. The inside is also very nice. There are many traditional items hung on the walls and the ceiling. It gives a special and beautiful ambiance to the place.

La Crêpe d’Angèle offers a variety of tasty items. They vary from Crepes to pancakes, salads, and also many sorts of drinks. Their menu is so rich.

“Make sure to try their Homemade Chocolate because it is just Mouthwatering!“

What I loved the most about La Crêpe d’Angèle:

So, if you are in Bordeaux, watching a movie at UGC or just walking around looking for something to eat, I highly recommend you try La Crêperie d’Angèle. You will surely be delighted!

For groups, you can book tables in advance through their website.

Hiking around the coastline of Le Teich or as it is said in French: Randonnée Sentier du Littoral, has been one of the most amazing hikes I have done. It is not far from Bordeaux and can be reached via train or car.

It was a very spontaneous hike. I woke up in the morning and saw that the weather was great. So I decided I want to discover a new region and go for a hike. After booking my train ticket I left at around noon and came back to Bordeaux at about 6 PM.

I was literally astonished by the breathtaking sceneries and amazing landscapes I saw and I highly recommend anyone to try it at least once!

What is beautiful about Bordeaux is that there are many hike trails in the neighboring areas. This hike around Bordeaux was reachable either by car or by train.

On this Sunday morning, I decided to take the train to Le Teich train station.

There is a train every hour that leaves Bordeaux in the direction of Arcachon and stops at Le Teich. The trip takes about 30 minutes.

Train station Le Teich is the start of the coastline hike.

At this point, when you arrive at the beginning of the “Sentier du Littoral”, you do not need guidance anymore. You just let the road and nature guide you all the way!

Make sure to stop and enjoy every river, lake, tree, and beautiful landscape you will encounter!

This hike along the coastline is a great way to cherish nature on so many levels!

At some point, after about 30 or 45 minutes’ walk, you will reach the huge ocean. Make sure to take your time and enjoy the magnificent view!

At the end of your hike, you will be back on the main road. You have 2 choices. Either take Avenue de la Coté d’Argent or Rue de Matato which will lead you back to the Teich train station.

Here is some practical information when doing the Teich Coastline Hike:

This hike had been a very special experience for me. I took my time to enjoy every moment spent on the coastline. It is hard to forget the feeling of the wind, the smell of the sea, the music of nature. I just sat there many times just watching and smiling at the beauty of the sceneries.

If you like this hike idea, you will surely like “Balcons de lormont’s hike”. Make sure to check it out here: Lormont’s Balconies (Balcons de Lormont)

Here I am once again in France. This country in which I lived for 3  years and kept on visiting almost every year since 2012. This time, however, is special. Why? Well because I’m discovering what is for me, a totally unknown city: Bordeaux.

I arrived here a few days ago and I think it was enough time for me to have a first impression of the city.

Of course, I had long heard about Bordeaux and read about it on travel forums. “The city of wine” and “France’s sleeping beauty” are the most used descriptions that I found. Every time I told my friends about my plans to move to Bordeaux, I would receive different opinions about the city.

Many of them agreed that “it’s a very nice and vibrant place”. Others told me “ You are really going to enjoy your time” while some even envied me for this opportunity.

On the other hand, I also received some negative point of views. A friend from Paris warned me that people in Bordeaux have “bad reputation” and “are not friendly as you’d think they are”. Another person indicated that since Bordeaux is a very small city, it will hard to find a job there. According to him, Bordeaux is only good for foo and partying, which is, not that bad after all!

So I took the train at 7.15 AM from Paris and arrived at around 9.30 to discover the city for myself and give my personal assessment.

I got in a cab and crawled through the small historical streets on my way to the hotel. At first sight, it’s hard not to notice the Garonne river flowing through Bordeaux, on its way to the Atlantic ocean, the mixture of modern and classical buildings, and the contemporary trams picking up people and dropping them off.  After I checked in, I went for a walk next to the river. It was literally full of people. Some of them were running, others just looking at the horizon while some having a nice walk. 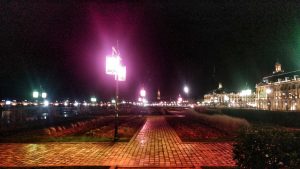 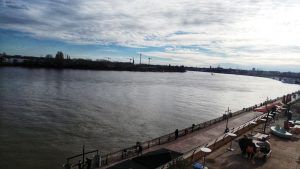 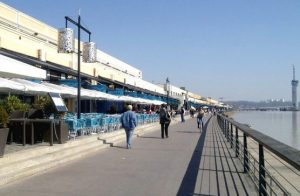 “Beautiful” and “Lively”, these were the two first adjectives I attributed to this city, a few hours after my arrival.

During the next days, I had the chance to experience and get to know the city on so many different levels. Ready for it?!

So here we go, one point at a time.

Bordeaux is not Paris

Even though the city is slowly turning into one, mainly because of all the Parisians moving in as well as a big number of international students. Bordeaux is still attached, to some degree to its traditions and culture, which I find really appealing. The old buildings are very well maintained and walking around the small streets will take you back to France’s classical era. 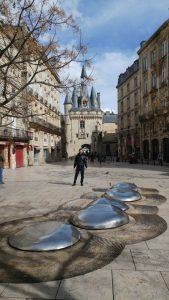 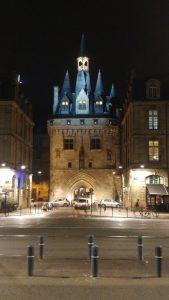 One of the most interesting aspects of Bordeaux are the food markets that you can find here and there. I would highly recommend visiting “Halles de Bacalan” where you will find a large number of food choices, such as seafood, vegetarian food, cheeses, and I wish I could remember all the choices that were available but it is surely a paradise for all food lovers out there! 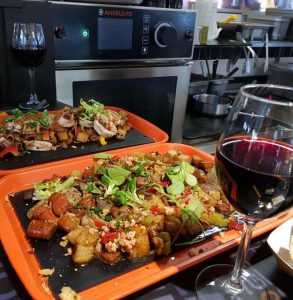 Let’s move to another interesting subject: the people in Bordeaux.

For someone, who lived in Paris for 3 years, I can instantly say that people here do smile! No offense to Parisians but you can feel the difference from the moment you set foot in Bordeaux.

I met some people during my few days here, and they were all so sociable, and friendly. Some of them even invited me to a rock concert, after having met them for only 30 minutes. I even got a free ticket, which was really cool! So I could say my experience has been really nice talking and connecting with people so far.

Just to make one last thing clear, I’ve also had awesome friends in Paris and shared lots of amazing times with them that I will surely cherish forever, however, Bordeaux seems less stressful and people are more relaxed.

I really like the simplicity of the tramways in Bordeaux. There are only  3 lines that cover most of the city and it’s so easy to get used to them.

The tramways are very modern and clean; they pass by every few minutes and can basically take you wherever you want. Personally, I consider them like scenic trains with the glass sides all along. You can literally enjoy the whole city while sitting inside. 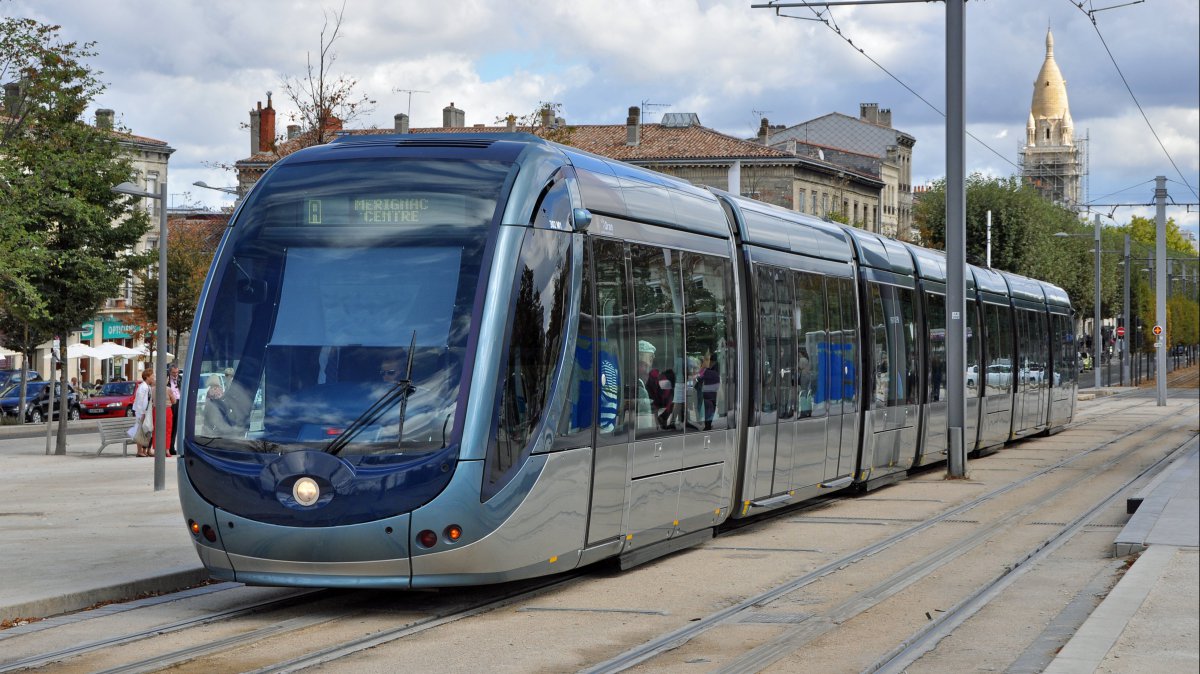 Bordeaux is also surrounded by amazing villages, wineries, and landscapes. On my bucket list are the “Saint-Emilion” commune as well as “The dune of Pilat“. I heard a lot about how beautiful these places are and will hopefully include them in the upcoming blog posts.

Summer in Bordeaux also seems to be really nice and it’s only an hour drive from the ocean.

I have never swum in an ocean before, but only heard good stuff about it and it won’t be long before I try it since summer is almost here! 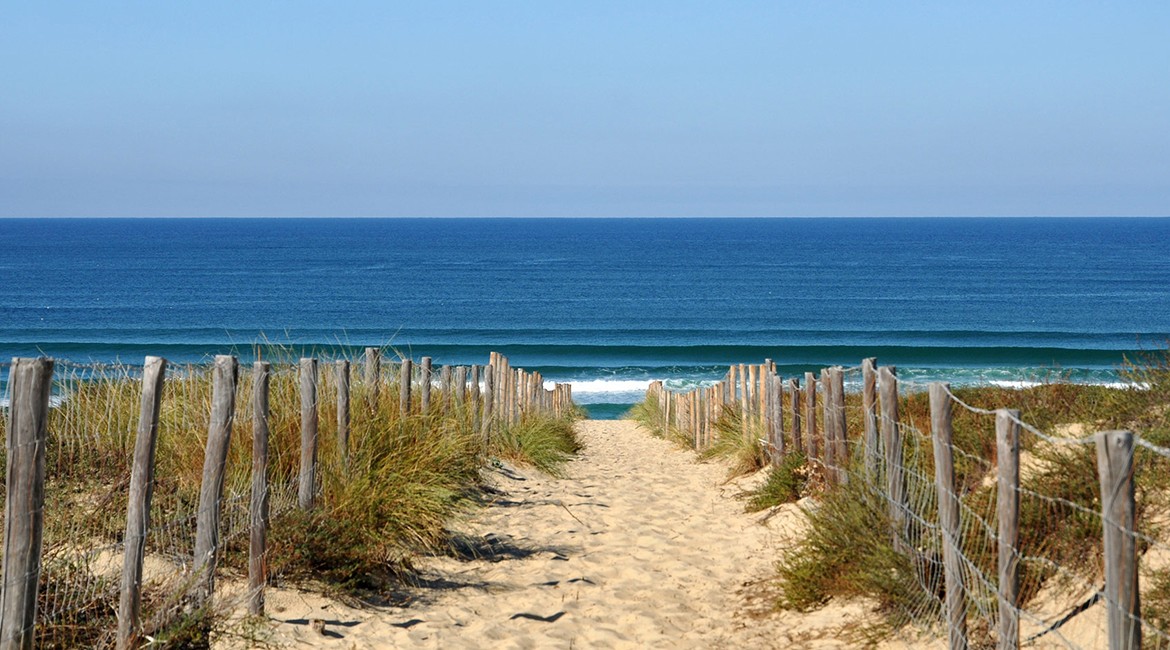 Before concluding, I am going to point out something that disappointed me about Bordeaux. Many of the modern buildings built around the edge of the old city are very disappointing design wise. I mean there are some nice modern designs that can be used, and go really well with the classical architecture, but when I saw the ones in Bordeaux, I was like: Why would you do this?! It is really sad that such a beautiful city surrounded by buildings that are not up to its level.

To wrap-up, With the few days I spent in this city, I believe I got a positive first impression; it sure is a vibrant and cheerful place with friendly and sociable people. I will be looking forward to discovering more of Bordeaux and will also be visiting the neighboring area I heard so much about! Until then… 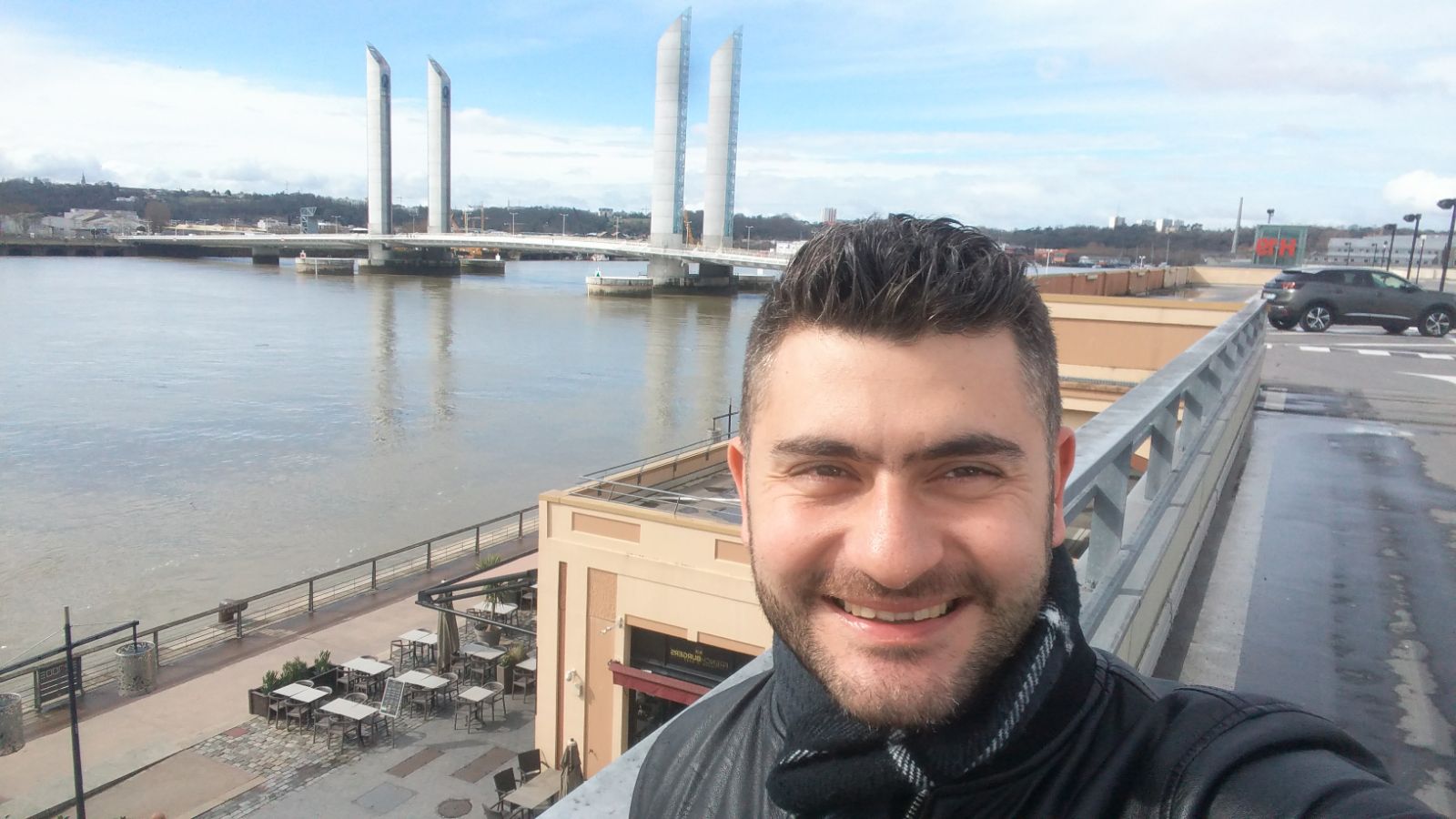